.A man riding an electric bicycle downtown in Shanghai - China.

Battery-powered motors can boost the use of bicycles, reducing greenhouse gas emissions from cars.

In 2018, electric-bicycle (e-bike) riders traveled around 289 billion kilometers, largely in China. Based on market research, we project use could increase to 1.44–1.66 trillion kilometers per year by 2050. The growth will occur in Latin America, the Middle East, and Africa. This solution could reduce carbon dioxide equivalent emissions by 1.39–1.55 gigatons and save e-bike owners US$402.06–446.01 billion in first costs and US$1.07–1.23 trillion in lifetime operating costs.

Project Drawdown’s Electric Bicycles solution focuses on use of bicycles that are at least partly powered by rechargeable batteries. It replaces all cars, public transit, conventional bicycles, two-wheelers, and walking.

Electric bicycles (e-bikes) are the most environmentally sound means of motorized transport in the world today. They offer many of the same benefits as traditional bicycles, especially ease and versatility of mobility for urban commuters, but e-bikes have benefits that conventional bicycles do not. An attached motor and battery make it possible to traverse steep hills or cover long distances with little effort, expanding use to individuals who might not otherwise choose active, low-carbon transportation. These benefits, however, are not free. E-bikes have higher emissions than a regular bicycle or simply walking. They can cost more than conventional bicycles, and they create an end-of-life challenge for expired batteries. E-bike battery manufacturing and charging also lead to higher carbon dioxide emissions than traditional bicycle manufacturing.

This report examines the net environmental and financial impacts of increased e-bike use around the world from 2020 to 2050. We compare e-bikes with other mobility options because research has indicated that many e-bike users would have used other modes instead, including light-duty vehicles, mass transit, regular bicycles, and motorized two-wheeled vehicles such as scooters.

The total addressable market for e-bikes is the total urban transport demand projected to 2050. We established this from baseline projections of the International Energy Agency (IEA) and the International Council on Clean Transportation (ICCT). The Institute for Transportation and Development Policy and the University of California, Davis (ITDP/UCD) provided adoption estimates. Most global adoption has been in China, but growth is expected globally. We estimate total current adoption (defined as the functional demand in 2018) to be just under 1 percent of the total market.

We calculated the impacts of increased adoption of e-bikes from 2020 to 2050 by comparing two growth scenarios  with a reference scenario in which the market share was fixed at current levels.

We prioritized the urban Project Drawdown solutions by energy and space efficiency, so nonmotorized solutions like Walkable Cities and Bicycle Infrastructure were highest, followed by e-bikes and other partially motorized solutions. Since e-bikes are a high priority, we applied full adoption for each e-bike scenario and reduced adoption of some lower-priority solutions to ensure that total passenger-kilometers did not exceed the total predicted by sources like the IEA and ICCT. Variables shared across this and other solutions had the same inputs.

Under Scenario 1, e-bikes could prevent the release of 1.39 gigatons of carbon dioxide equivalent greenhouse gases and save consumers US$1.07 trillion in lifetime net operating costs over 2020–2050. The first costs to implement are  US$402.06 billion lower than those of cars, even when battery replacements costs are included.

The global pandemic that began in 2020 saw a shift toward bicycling and particularly e-bikes for recreation and for replacing trips that would have been done using public transit. E-bikes and bicycles sold out in many places around the world, and several governments began offering incentives to replace old cars with e-bikes. Temporary bicycle lanes popped up all over the world. Policymakers are trying to make this shift permanent.

The decrease in car trips and increase in bicycle trips has concomitant benefits in congestion, air quality, noise, stress, and travel delay. In addition to climate impacts, e-bikes are cheaper, emit less, and use less materials than do cars; do not cause congestion; and can be faster in congested traffic than cars. Additional benefits of e-bikes include improvements to health and positive impacts on the local economy because bike users tend to shop in their local community. 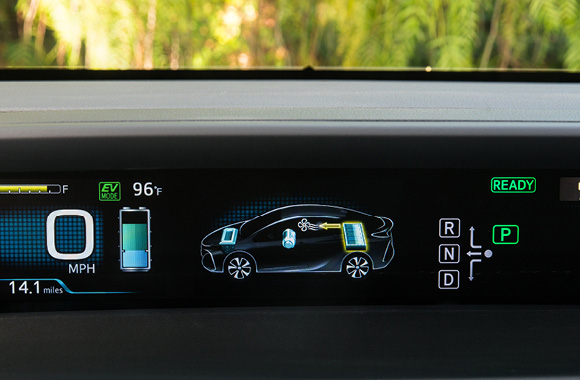