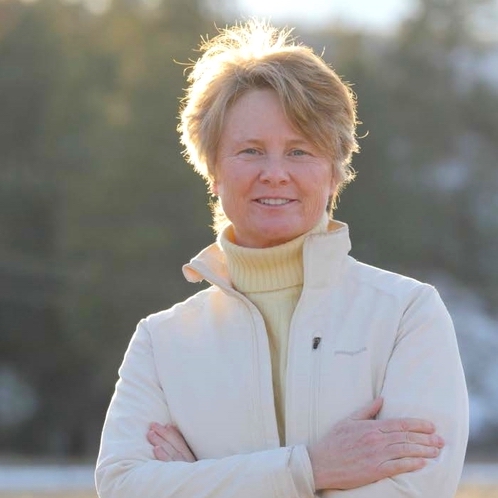 Janine Benyus is a biologist, innovation consultant, and author of six books, including Biomimicry: Innovation Inspired by Nature. In Biomimicry, she names an emerging discipline that emulates nature’s designs and processes (e.g., solar cells that mimic leaves) to create a healthier, more sustainable planet. Since the book’s 1997 release, Janine has evolved the practice of biomimicry, consulting with businesses and conducting seminars about what we can learn from the genius that surrounds us. Her favorite role is Biologist-at-the-Design-Table, introducing innovators to 3.8 billion years of brilliant, time-tested solutions.

In 2006, Janine co-founded a non-profit institute to embed biomimicry in formal education and informal spaces such as museums and nature centers. Over 100 universities are now part of the Biomimicry Educator’s Network, introducing biology’s lessons to students who will one day design, engineer, and manage our world. In 2008, the institute launched AskNature.org, an award-winning bio-inspiration site for inventors.

In 2010, Janine and her team combined the for-profit and non-profit arms into a single B-Corp called Biomimicry 3.8. Working as a social enterprise, Biomimicry 3.8 is the world’s leader in biomimicry innovation consulting, training for professionals, and curricula development for educators. Its mission is to inspire, educate, and connect the growing community of biomimicry practitioners around the world. Biomimicry 3.8 runs a consulting bureau, a speaker’s bureau, a bio-knowledge subscription service, a K-University educator’s network, a regional network incubator, and a training system for Certified Biomimicry Professionals.

Training includes on-line short courses, an 8-month intensive, and a 2-year master’s level program. Graduates from five continents have begun to form regional networks, “swarming” to practice biomimicry in their own biomes. Nurturing and growing this network is the true calling of Biomimicry 3.8.

Over the past 14 years, Janine has personally introduced millions to the meme of biomimicry through two TED talks, hundreds of conference keynotes, and a dozen documentaries such as 11th Hour, Harmony, and The Nature of Things with David Suzuki, which aired in 71 countries. She has received several awards including The Gothenburg Award for Sustainable Development 2013, The Heinz Award 2011, Time Magazine’s Hero for the Planet Award 2008, United Nations Environment Programmer’s Champion of the Earth for Science and Technology 2009, the Rachel Carson Environmental Ethics Award, the Lud Browman Award for Science Writing in Society, and the Barrows and Heinz Distinguished Lectureships. Her work in biomimicry has been featured in Fortune, Forbes, Newsweek, Esquire, The Economist, Time, Wired, New York Times, Wall Street Journal, Nature, and more. In 2010, BusinessWeek named Janine one of the World’s Most Influential Designers. In 2012, she received the Smithsonian Institution’s Cooper-Hewitt National Design Mind Award, given in recognition of a visionary who has had a profound impact on design theory, practice, or public awareness

An educator at heart, Janine believes that the more people learn from nature’s mentors, the more they’ll want to protect them. This is why she writes, speaks, and revels in describing the wild teachers in our midst.